The travellers were evicted from the Whiteland Way open space on Wednesday 8th August and the site cleaned up on 9th August. The Parish Council contractors are on site carrying out protective works.

Now that the travellers have been evicted from the top field at Windmill View, we are writing to address the understandable questions and concerns which residents have raised in the last few days about the security measures that we are implementing and to explain the additional steps that we are now taking.

The background to the works which have been in hand since this land was transferred into the ownership of the Parish Council on 16 May 2018 is:

The works which have been in hand are not actually finished. Owing to the weather, the topsoil layer and grass seeding was deferred. However, notwithstanding that, the experience of the last few days has highlighted the need for additional measures which are now being carried out:

This will provide a continuous line of protection to the field which we hope will prevent a recurrence. However, this cannot be guaranteed as landowners all over the country, including many Councils such as ourselves, are finding, whatever preventative measures are taken.

We had the same problem with our planning application. The Parish Council wanted to construct a bund 76cm in height but we had to accept that it would be no more than 45cm.

Work on this protective bund started last week. At the moment, it is only the line of the bund and the ditch that can be seen. The next stage will be to shape it to look the same as the bund on the Top Field and, for this, additional earth will be brought to the site as necessary. Topsoil will then be delivered and spread over the works before grass seed is sown. Collapsible and lockable posts will be installed at the access points which the Parish Council’s ground maintenance contractors will need.

All being well, the bund work on the bottom field will be fully complete by mid-August - well before the Community Involvement Event on 2 September - but, as with the Top Field, the topsoil and grass seeding will be dependent on the weather and ground conditions.

The MUGA and LEAP Area

The signs have gone up to indicate that this is a “no dogs” area except for guide dogs. This restriction applies to all the Parish Council’s children’s play areas. Skateboarding is also not permitted in this area nor will it be permitted in the grounds of the Community and Sports Centre and Tennis Courts (below).

The unwelcome graffiti which, repeatedly, is appearing on this part of the Estate is regrettable. It has been reported to the police and it is being cleaned up by the Parish Council’s contractors but this involves time and expenditure which could be far better employed for the benefit of the community.

The Grounds of the Community and Sports Centre and Tennis Courts

Various site security measures have been implemented in recent weeks. The grounds are now covered by CCTV which is fully operational. Work to prevent unauthorised 4-wheeled vehicular access from several points has been carried out in the last week or two and further work in that respect will be undertaken.

During next week, 5-bar timber gates and some chestnut timber fencing will be constructed on the Endal Way side and, then, it had been planned that the Heras fencing, which has been on loan from the developers, would be taken down and removed. However, following the traveller experience on the top field, the Parish Council has asked the developers if the Heras fencing can remain until closer to the time when the Centre will be open.

Keeping the plants alive during the heatwave has been a challenge - particularly the young hedge plants around the bottom field and in the grounds of the Centre - but there are signs of success. Thanks to the care and attention of the Parish Council’s ground maintenance contractors, quite a number of the plants now seem to be recovering. There will be an audit of the situation in September.

It would be very helpful if everyone could avoid treading on any newly sown areas (including the bunds around the top and bottom fields) until the grass has had time to become established. This will benefit the long term appearance of the estate.

Further updates on these works will be posted on the Parish Council’s website www.clanfieldpc.org.uk 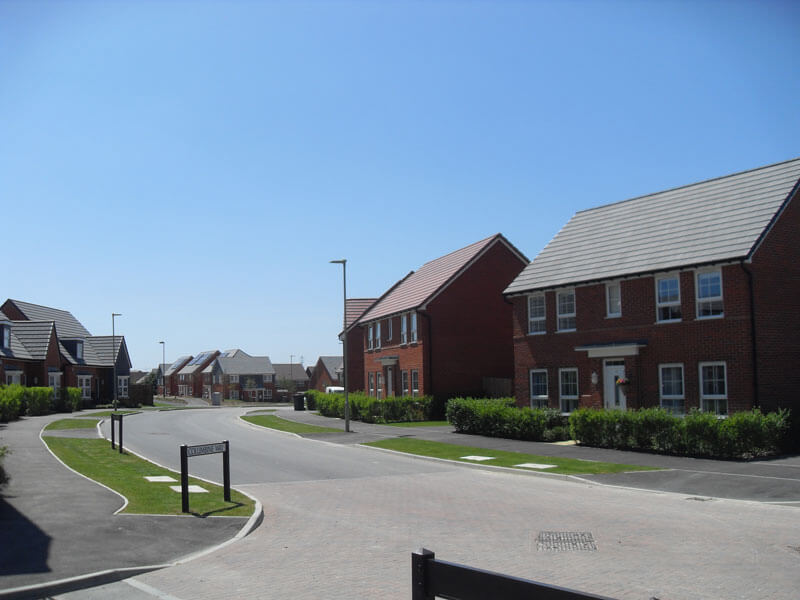