Infrastructure is the key to growth

The Local Plan needs to plan for growth - but growth needs infrastructure to support it. EHDC will do all it can during the preparation of a new Local Plan to ensure the right infrastructure is identified and planned for - but to do that, they need your input.

East Hampshire District Council’s Draft Local Plan is going to a public consultation between February 5 - March 19, giving the public the chance to speak out on the future of infrastructure in their area.

In previous Local Plan consultations pressure on infrastructure has been one of the main concerns people raise. This is often because people have seen the effects of development on infrastructure in their area. Communities thrive when services, facilities and transport infrastructure are joined up, well planned and sufficient to cope with demand.

To support the growth proposed in the Local Plan EHDC is doing all that's possible to make sure that the necessary new or improved infrastructure is identified and planned for.

The draft Local Plan is not complete, it is a first draft to enable further information to be gathered during the consultation.

Responses from infrastructure providers (such as healthcare, utilities, schools) are being actively sought to ensure we have the true picture of what is needed, when and where, to make sure it can be planned for. But the Council also needs local information to help build on the evidence base.

Responses to the Local Plan raising concerns about infrastructure are more meaningful if local information can be supplied about what infrastructure is needed to support the proposed growth. With that information, EHDC will continue to work closely with infrastructure providers and developers to update the draft Local Plan and ultimately try and get the best possible outcome, within the parameters that they operate.

Growth is inevitable. It is better we plan for it now rather than wait, when the opportunities for coordinated new infrastructure are greatly reduced.

More information about infrastructure in the draft Local Plan can be found at www.easthants.gov.uk/evidence-base

More information on how to respond to the consultation on the draft Local Plan is available on the website at www.easthants.gov.uk/localplan.

East Hampshire District Council’s strategy to be more business-like has seen it short-listed for an award for the country’s most entrepreneurial councils.

The Local Government Chronicle (LGC) has shortlisted EHDC in the Entrepreneurial Council category for the 2019 LGC Awards. The award recognises that the council that has shown the best entrepreneurial spirit.

The council’s entry focuses on property investment, income from consultancy and minimising the burden on the district’s taxpayers.

EHDC has encouraged staff to spot entrepreneurial opportunities and understand the needs of their customers in order to generate income and make their services more efficient.

The winners of the LGC Awards will be announced at a prestigious ceremony on 13 March 2019 at Grosvenor House, London, which will be attended by more than 1,100 people from local government and its partner organisations.

Volunteers sign up for good causes at EHDC event

Residents, businesses and council staff looking to find a way to help their community in 2019 had the perfect start to the year at a volunteering event run by East Hampshire District Council.

Volunteer 2day, held on Tuesday 8 January, saw 28 charities set up stalls in the council’s offices in Penns Place, Petersfield. Visitors could chat to the charity representatives, find out what opportunities were on offer and sign up to volunteer.

The event was part of its commitment to supporting the voluntary sector and give back to the organisations that work hard to improve the lives of so many East Hampshire residents.

EHDC are committed to protecting the welfare of the most vulnerable people in our society and has given its staff the opportunity to take two paid days to work with a local charity and also launched a Business Buddies scheme, which matches charities with local firms looking to help their communities.

In the last quarter of 2018 (October-December 2018) the number of residents following EHDC on social media increased across all channels, now being connected with more than 5.5k residents - 1,823 on Facebook, 108 on Instagram, 688 on LinkedIn and 2,963 on Twitter.

With the new year now in full swing, EHDC have been busy planning its calendar of events and working on the best ways to communicate with their residents.

If you have any projects or events you would like them to support via its corporate or community pages, please do let them know. The Communications Team are also more than happy to help with any social media questions you might have about using these channels in your role as a councillor. If you are on social media it would be great if you could follow the Council on one, if not all, of our channels - Facebook, Instagram, LinkedIn or Twitter.

The Charity Walk for Peace was launched on Monday 28 January, giving local good causes a chance to get on board.  Organised by East Hampshire District Council and the Ahmadiyya Muslim Elders Association, the walk is planned to raise money for charity and promote community spirit in the district.

The walk is set to be held on 4 May 2019 and will take hundreds of walkers through Petersfield. Last year’s event raised more than £10,600 and organisers are hoping to top that total this year.

The walk is a fantastic event which has got bigger and better every year and it’s hoped more walkers than ever before come along to take part this time and raise even more money for local charities.

An interim chief executive has been appointed to take the reins of East Hampshire District Council and Havant Borough Council.

Gill Kneller, previously an Executive Director for both councils, has stepped into the role for six months from January 2019 after her appointment was approved by both councils.

She replaces Sandy Hopkins, who was Chief Executive at Havant Borough Council since 2007 and of both organisations since 2009.

As well as a joint chief executive, East Hampshire District Council and Havant Borough Council share a management team and many services in order to provide more effective services.

East Hampshire District Council has added to its investment portfolio with a property currently home to Rolls Royce admin services.

Bought for £11.15m, it brings the council’s portfolio to more than £105m. The portfolio generates more than £2m a year for public services.

Developed in 2001, the building totals 72,837 square feet and houses 300 employees. Jubilee House has a long lease and is situated in one of the fastest growing economic areas outside the south east.

The Council’s strategy focuses on buying high-quality commercial premises with blue chip tenants and Rolls Royce is one of the world’s most recognised brand names. By carefully growing its well-balanced property portfolio the Council can generate the income needed to maintain excellent public services. 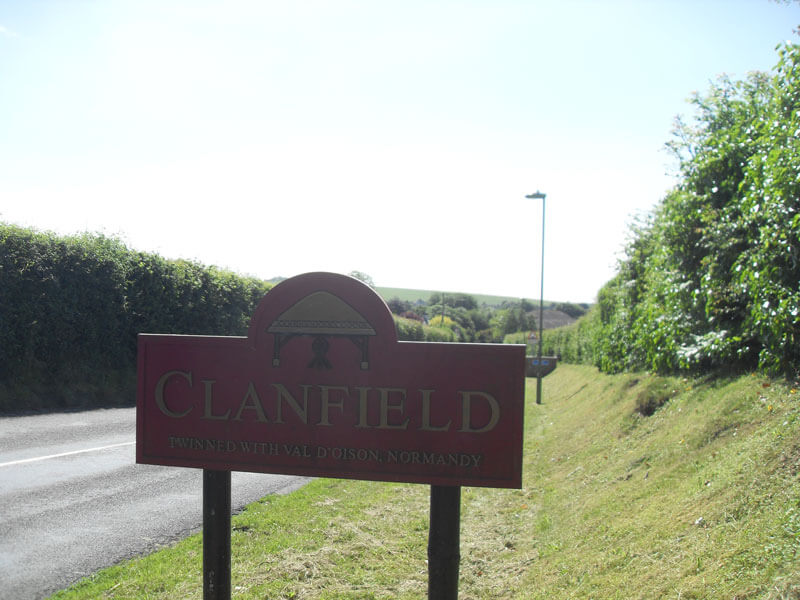